Patricia Ashby is Emeritus Fellow to the University of Westminster and has been a permanent staff member of said university since 1982. Many of my followers will be familiar with her book Speech Sounds, the second edition of which came out in 2005. Understanding Phonetics is her latest monograph. The contents of the book are supplemented by resources which are available at the publisher's webpages. You will need to register with Hodder Education to be able to access these digital resources.

Next, the reader is presented with a list of transcription symbols based on the system used in LPD3 (p. xiii). The symbols /w/ and /ð/ are missing.

Section 1 looks at the relationship between speaking and spelling, and it briefly characterises concepts such as accent, phonetics (with its usual tripartite division) and phonology.

Section 2 is devoted to the function of the larynx. Important anatomical structures are described including the larynx as a voice source, a place of articulation and as a pitch modulator.

Sections 3 and 4 describe places and manners of articulation. On page 43 one finds this exercise: "Listen carefully to yourself as you say the following sentence aloud. Try to decide whether you have an h-pronouncing or an h-dropping accent: Harriet hit Henry hard over the head with her handbag."
This exercise automatically excludes most readers who are non-native speakers of English. A similar exercise is offered to assess t-glottaling. This 'Anglocentric' perspective seems to be intentional because the author writes in her preface: "Examples are drawn from a range of languages from across the world and are compared and contrasted with our shared language of English [highlightings are mine]" (p. x). (HUMOR ALERT: Is a non-native speaker of English entitled to file an action in the Court of International Justice against the author and the publishers because of linguistic debarment?)

Can you recognise what is being described here: "A xxxx, on the other hand, is a function of the active articulator being drawn out of its inherent alignment with a passive articulator and then being allowed to spring back to its original rest position, striking once against the relevant passive articulator as it does so" ? Does this describe a tap or a flap? (The answer is to be found at the very bottom of this entry).

Section 6 turns to the description of vowels.The Jonesian Cardinal Vowels are introduced. For readers who are interested in the acoustic representations of vowels Ashby tries to cram some basic terms of acoustic phonetics and physics (sinewave, amplitude, complex wave, spectrum etc.) into six pages. I strongly doubt that a beginner will be able to appreciate all this.

Section 7 then extends the description of vowels by introducing the concept of vowel quantity and the distinction between mono-, di- and triphthongs. The reader is informed about pre-fortis clipping and rhythmic clipping. There are additional paragraphs such as the ones on smoothing (e.g. /aʊə/ becoming /ɑː/) or diphthongisation (e.g. /iː/ becoming /ɪï̞ / as in tea).

Section 8 takes up the topic of consonants again and explores ways in which consonant articulations can be varied by changing the behaviour of individual articulators involved in their production, e.g.:
Section 9 looks at connected speech. The focus is on acoustic cues (in chapter 9.1) and on coarticulation (ch. 9.2).


All in all: The book is a pleasant read; novices in phonetics are introduced to important concepts in small doses; there are hardly any typos. I also like (most of) the exercises that accompany each section although accessing the webpages of the publisher to do the ear-training exercises is a bit clumsy. I would have preferred to have a CD-ROM accompany the book, but I must concede that this would in all probability have increased the price. 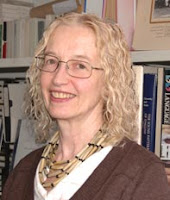 Answer: The author describes a flap.
posted by Kraut at 06:00