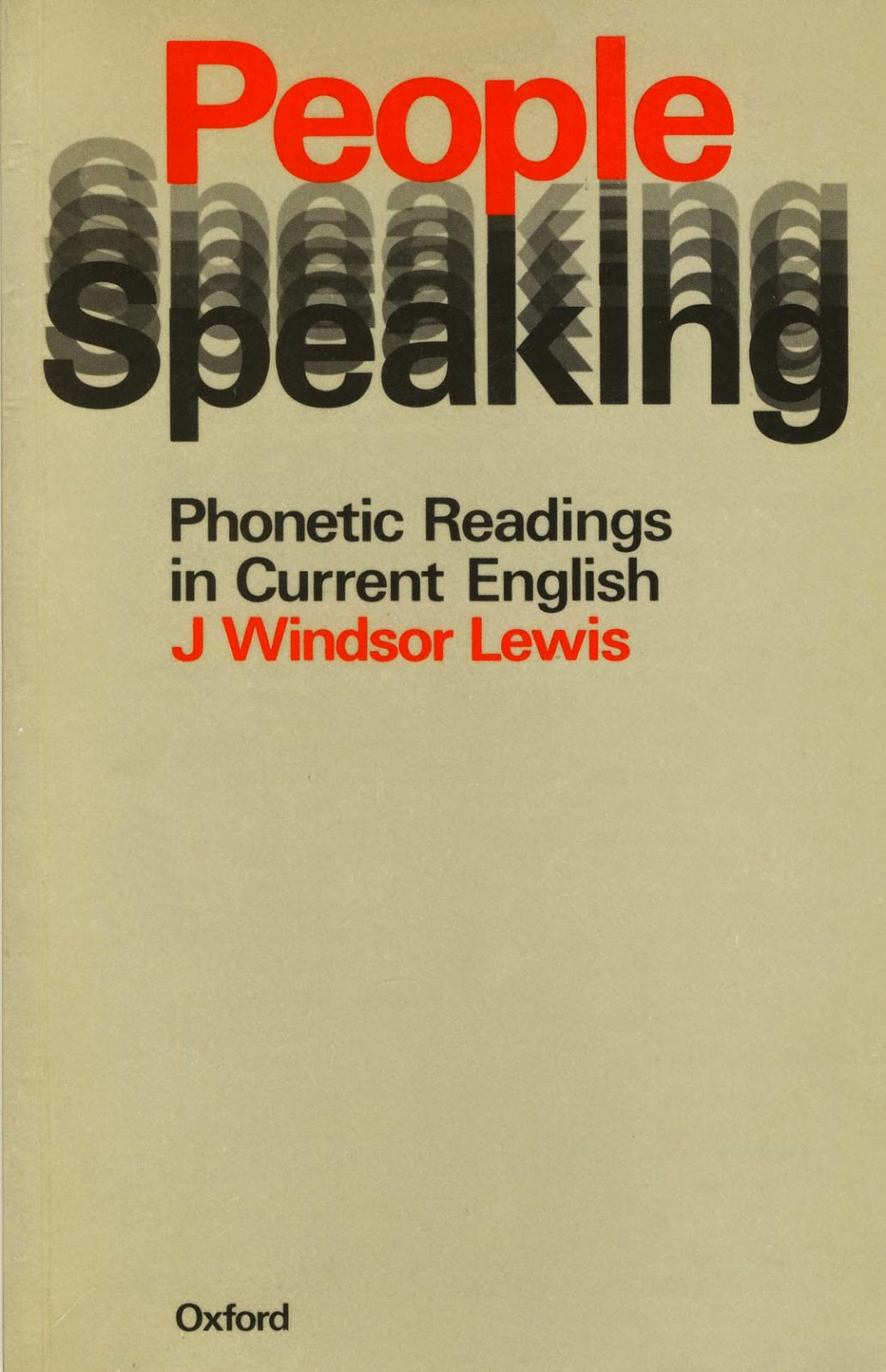 Readers are referred to blog no. 475 by Jack Windsor Lewis and to a sound file (to be found here). Text and sound file are taken from a valuable book with the title People Speaking which was published together with an audio cassette in 1977 by OUP. The booklet contains 53 dialogues and other texts of various length and difficulty read aloud by actors and recorded in a sound studio. Alas, neither the booklet nor the cassette are available any longer. Therefore I am all the more pleased and grateful to have received a copy of the booklet from the author's hands. You can find the texts and audio files on Jack's weblog.

In blog 475 Jack transcribes one of the dialogues - it's no. 27 - and makes some valuable comments on the way the dialogue was spoken by the actors and on related matters. I usually read them closely and check Jack's remarks against my own impressions by listening to the recording. Today I thought I'd share some of my observation with you. Here we go then.

Jim begins his second sentence - "Had a good holiday?" - fairly high again (about 270 cps) and drops to 140 cps on the second syllable of "holiday", then rises again on the final syllable to a pitch of about 260 cps.

The word "Hullo" is transcribed with double /l/ by Jack. I see his point in doing so, because the l-sound is a teeny weeny bit longer than how the impersonator of Margaret says it in sentence 2  - 70 ms versus 65ms - but my impression is that this does not justify two l-symbols. (The second sentence will be discussed in a future blog). Update: See Jack's latest blog on the matter of one or two ells in "Hullo".

In the latest - eighth - edition of Gimson's IPE by A. Cruttenden the TRAP vowel is no longer transcribed by the ash symbol; the /a/ is used instead. Complying with this change, Jack transcribes Had as /had/. He correctly transcribes "holiday" as /hɒlədɪ/ because that's what the speaker says. He also rightly points to the fact that the vowel of the middle syllable is usually a schwa nowadays. As to final /dɪ/ or /deɪ/, there are of course people who use /dɪ/ in compounds such as busman's holiday, holiday maker or holiday home, but my impression is that the pronunciation with /deɪ/ predominates these (holi-)days.
posted by Kraut at 11:33