To be called a fricative a sound segment must be articulated with such a narrow stricture (or close approximation or sufficiently small aperture of the articulators) as to cause turbulent airflow during the medial stage of its production. The auditory result of this turbulence is friction. So for a sound segment to become a fricative certain auditory/articulatory/aerodynamic conditions must be fulfilled. I need not go into most of  these details. This has most competently been done by J.C. Catford in his book Fundamental Problems in Phonetics (Edinburgh) of 1977. 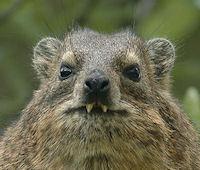 To articulate a v-sound we need a passive and an active articulator: the passive articulator is represented by the lower edge of the upper front teeth; the active articulator is the lower lip. It can be the upper or the inner surface of the lower lip which is tightly pressed against the upper front teeth. It's my impression that for English speakers the contact is preferably made with the inner side of the lip. The pulmonic egressive airstream has to force its way through the tiny curvy gaps which exist between the teeth and the lip surface. (And, of course, the vocal chords must vibrate.)
German speakers who produce an English /v/ which is too similar to the /v/ in German words like Waldi, Wanne, Wasser, wo, wann should press the lower lip much harder against the upper teeth and exaggerate the resulting friction. Don't worry if you overdo it. It'll wear off.