Here's a list of sentences which form minimal pairs due to the use of a word used either in its strongform or its weakform.

Credit must be given to these persons for creating the sentences:

I'm looking for pairs of sentences differing by a word which has both a weakform and a strongform pronunciation. Here are two examples:
Do you know of any lists, books, webpages containing such minimal pair sentences?
posted by Kraut at 18:41 26 comments:

My daughter bought a sleeping bag recently from a British producer of equipment for climbers, expeditionists, mountaineers etc. The bag came with "a good night's sleep guarantee".
After having read the German translation I tossed and turned in my 'sleeping bag'. 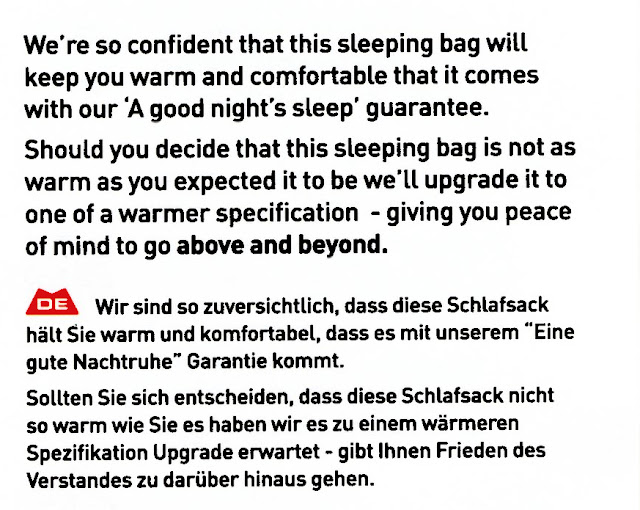 This is how Google Translator would have rendered the English text into German:

Dear supplier! Do you have to be so stingy? A professional translator would have cost you less than 50 quid.
Tsk, tsk, tsk!