I've been listening to another broadcast of BBC Radio Four's series Four Thought, this time a talk given by Gerard Darby, freelance writer, researcher and trainer in creativity. In his speech he argues that present-day education damages creativity.
Darby uses the words creative, creatively and creativity several times. Listen to a random selection:


While I was writing this I saw that Jack Windsor Lewis had also noticed the compression of these words (see his blog # 347).

BTW: Mr Darby seems to be very fond of compressing words. Here are some more: 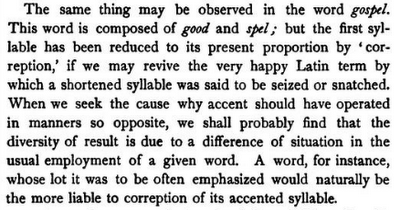 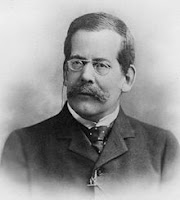 This is an off-topic blog entry:

I've just listened to a talk given by Matthew Engel (/eŋgl/), former Financial Times correspondent in Washington, on the topic of Americanisms in British English. You can listen to this talk on BBC Radio Four. What amused me - and this is the reason why I'd like to share it with you - is the way Matthew Engel finished his talk:

The most irritating thing of all comes when I do something while driving that upsets another motorist who gives me the finger. That is a very offensive gesture. Please, any of you: If I ever cut in front of you on the motorway, I expect, I insist, I demand that you give me two fingers in the grand old English tradition.

Should you drive on an English motorway, please, comply with Mr Engel's demand. And make sure that the palm faces you.
posted by Kraut at 18:52 No comments:

In his recommendable blog #423 of the 4th of October, in which Jack Windsor Lewis writes about /r/ elision, he mentions a BBC radio interview between Jim Al-Khalili and Richard Dawkins, professor of evolutionary biology and author of books such as The God Delusion and The Selfish Gene, probably two of his best-known books. The interview was broadcast by BBC Radio 4 on the 4th of September.

Fairly at the beginning of this interview Al-Khalili asks Richard Dawkins: "With these two books do you think you hit a nerve or need among the general population?" To which Richard Dawkins replies: "Two different nerves I suppose. I mean The Selfish Gene is about biology, is about evolutionary biology and although at time I thought I was just laying out what was a kind of orthodoxy and it turns out that perhaps that wasn't quite right."

What is interesting here and what Jack refers to in his blog is the way Dawkins pronounces the word highlighted in my transcript - "perhaps".

Listen to the section "[...] and it turns out that perhaps that wasn't quite right."

The 'big three' do not mention this informal variant pronunciation, although they do record /præps/. You needn't imitate the r-less variant, but should be prepared to stumble across it.