A plum in your mouth 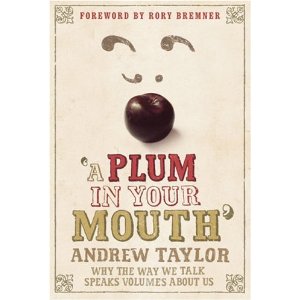 I'm re-reading A plum in your mouth by Andrew Taylor. Here's one of his cute little stories:

Taylor describes an event at his grammar school when he was a young boy of 15. They had a young French assistant, Danny, with a French accent. One day Danny gave Taylor and his classmates a written test: "I am going to give each of you a piss of pepper." Naturally the class howled with laughter. Danny got angry and puzzled at the same time: "I don' see why it is so fonny to 'ave a piss of pepper. Okay, so I don' give you a piss of pepper, I give you a shit of pepper."

It's similar to Pierre (who's not mentioned in Taylor's book), who tries to explain his favourite sports: "I will fuckus on bitch sucker". Okay, Pierre, tell us more about it ...
posted by Kraut at 20:18