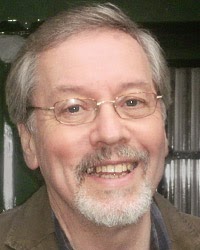 See also Jack Windsor Lewis's personal remarks on Bev's life and death, which are to be found here.
posted by Kraut at 17:43