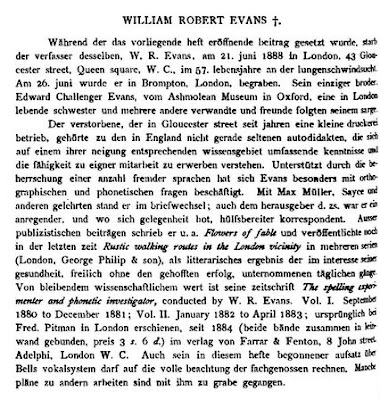 Evans was an autodidact in matters phonetic. He "conducted" (as it pleased Evans to call it) the journal The spelling experimenter and phonetic investigator, which appeared in two volumes from 1880 to 1883. Evans ran a small print shop in London. He died from pulmonary consumption in London on the 21st of June 1888.
posted by Kraut at 11:35