Here's another of Paul Carley's finds. 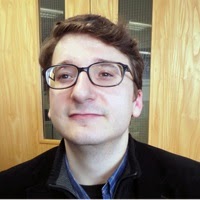 It's about word-final cluster reduction. You may be familiar with the phrase 'King George VI' and the problems that may arise at the phrasal end when it comes to pronouncing it. To make thinks worse, try to say 'King George VI's throne'. Don't hold me liable for any knots in your tongue. What do speakers do to avoid this? Well - they cut corners, i.e.they discreetly delete one of the post-vocalic consonants in /sɪksθ/. Which one?
On the 26th of September on BBC Radio 4 the speaker introduced the six o'clock news by saying:


It's six o'clock on Friday, the twenty-sixth of September. Good morning! [...]"

Listen to my snippet!

Did you spot the glottal stop as well?
posted by Kraut at 12:18