On the 7th of August 1994, Charles Neal Ascherson, journalist for the Independent on Sunday from 1990 to 1998, wrote in said newspaper: 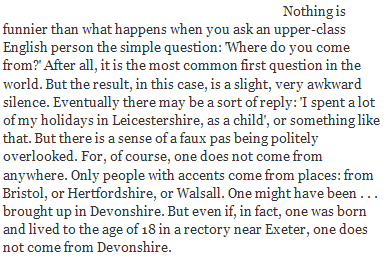 According to Wikipedia Neal Ascherson was born in Edinburgh in 1932 and educated at Eton. He read history at King's College. Instead of becoming an historian, he pursued the career of a journalist.