While preparing my new lecture course on English phonology for the upcoming term I found an online copy of the Exposé des Principes de l’Association Phonétique Internationale published in Bourg-La-Reine in 1900. Here are two short texts to be found on p. 14, one of them transcribed by Henry Sweet in "Anglais du Sud", the other by Wilhelm Viëtor in "Allemand". The symbol set is the one proposed by the API/IPA in that year. 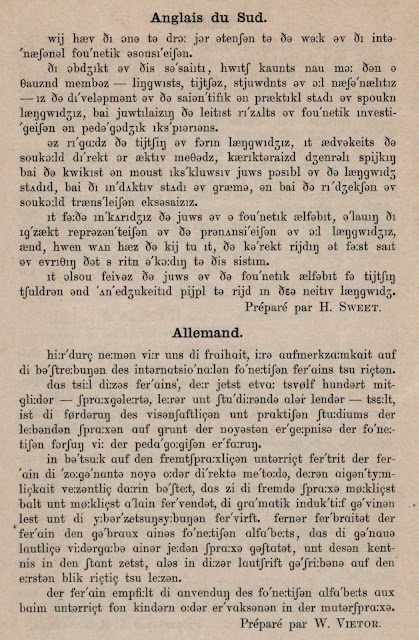 Some of the pronunciations of English words sound fairly old-fashioned and stilted (as do parts of the German text), others haven't changed much - or at all, e.g. your, generally, translation.