Here's a list of its publication years:
The question I'd like to pursue is about what term the editors used for the British English model they based their pronunciation recommendations on. 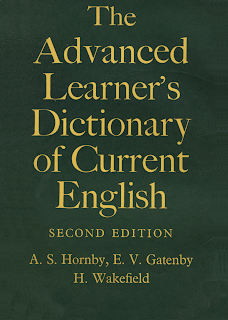 No mention is made of the pronunciation standard or norm on which the transcriptions are based. What we are told is that "the transcription is a broad one, as used by Professor Daniel Jones in his English Pronouncing Dictionary" (xi). 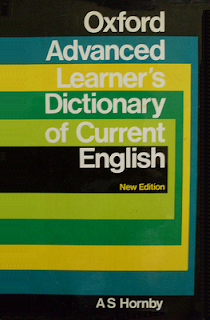 J Windsor Lewis is mentioned as the person responsible for the "phonetic transcriptions for all entries and the stress patterns added to all compounds and collocations" (unpaginated). "... and idioms" should have been added! To my knowledge the ALD, from its 3rd edition up to the present day (with some exceptions), is the only general monolingual English dictionary which indicates stress patterns for idioms.

Try, for example, the idiom 'to have a good head on one's shoulders': First, where would you place the main stress? Then, try to look it up in a general dictionary other than the ALD. Found it? Chances are slim that you did. Now, look it up in the ALD! Found it? It's listed in the 3rd, 4th, 5th, 6th, 7th and 8th editions. Answer: The main stress is on 'head'.

In a separate section titled "Pronunciation and stress" (pp. xii-xv) J Windsor Lewis states that he transcriptions represent "the best known variety of British English" (xii) and of American English. The latter is known as General American (abbreviated to GA), "the other may be conveniently termed General British" (xii) (abbreviated to 'GB' in his notes to the dictionary). 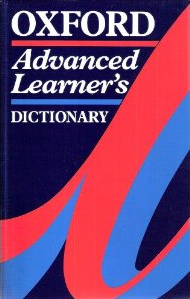 Phonetics editor (see p. vi) now is Susan Ramsaran. A P Cowie, chief editor of this edition, writes on her: "The job of Phonetics Editor was taken on and very ably carried out by a close colleague, Dr Susan Ramsaran. She has provided, as a new feature, a full treatment of variant pronunciations and of stress in idioms and illustrative phrases." (vii) It is true that one finds the odd additional pron variant not listed in the 3rd ed. (eg. the weak form variant /ənd/ for and, but the statement that the indication of stress in idioms is "a new feature" is plain wrong.

I do not know who was responsible for the explanatory section on pronunciation on p. xviii. All we get to know about the model accent is that it is based on the "normal British pronunciation" and the "normal American one" (xviii). In the back matter to the dictionary on p. 1547 there are six lines on "[m]odels of pronunciation": "The British English form is that which has been called Received Pronunciation (RP) or General British." On p. 1552 we are informed about the American English model: It is "one which is widely acceptable in the US and has been called General American.". The label used to indicate the American English variant is US. 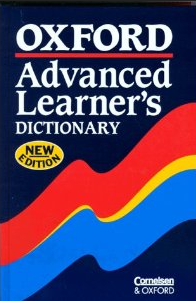 From this edition of 1995 onwards the phonetics editor has been Michael Ashby. In the preface (p. vi) Michael is said to have overhauled stress treatment of phrasal verbs and idioms. What this act of overhaul entails remains to be investigated in detail.

To find some statements about the underlying model(s) one has to take a look at the back inside cover, which is unpaginated. Here we read: "The first pronunciation given in the dictionary is that of younger speakers of General British (Brit). This includes RP (Received Pronunciation) and a range of similar accents which are not strongly regional. [...] The American pronunciations chosen are as far as possible the most general (not associated with any particular region)."

I would like to have been given an example of a transcription of a lemma illustrating an accent similar to but not identical with RP. 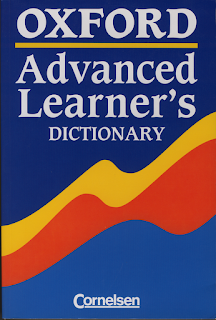 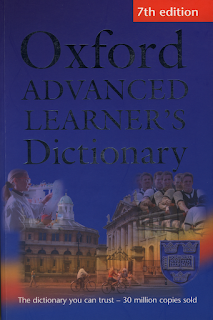 No relevant changes in the description of the pron models. The label for the American English pron is now NAmE. 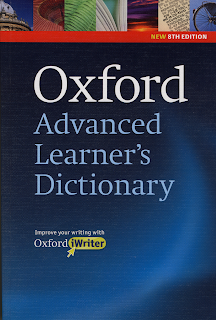 
Starting with the 3rd edition (with the exception of the fourth) the term used for the British English model pronunciation is General British. This notion encompasses RP and some additional accents of low regional marking.


_________________
1A name is entered only if credit is explicitly given.
2 The 1948 edition distributed by OUP was a photographic reprint of the dictionary published in Tokyo in 1942 under the title Idiomatic and Syntactic English Dictionary (= ISED).
3Michael Ashby retired from UCL in 2012.
posted by Kraut at 04:52