the commonest pronunciation of the digraph th 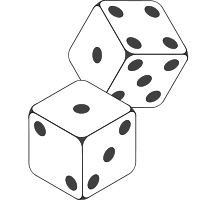 In a previous blog I chose to arrange the distribution of /θ/ and /ð/ according to the position of the digraph - initial, medial and final positions.
Probability is another one which may prove useful if one doesn't know how to pronounce the digraph and needs to take a shot in the dark. Blog commentator jwl has made some very valuable remarks here. I'd like to combine position and probability: